Michael Portillo is a former high profile politician and television presenter. He was Shadow Chancellor of the Exchequer February 2000 - September 2001 and has made a number of television programmes including Art that Shook the World: Richard Wagner's Ring, Portillo in Euroland and Elizabeth I in the BBC2 series Great Britons. 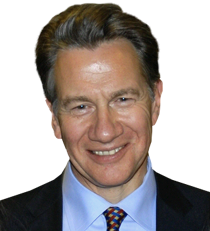 At the General Election in 1979 Mr Portillo was responsible for briefing Margaret Thatcher before her press conferences. For the next two years he was special adviser to the Secretary of State for Energy and then special adviser to the Chancellor of the Exchequer. In December 1984 he won the by-election in Enfield Southgate and represented the seat for thirteen years. He joined the Government in 1986 and remained a member until 1997. He is also the British chairman of the British-Spanish Tertulias, which organises annual meetings between the two countries.

Colourful and controversial, and with strong views on the future of Europe, Mr Portillo is an excellent keynote or after dinner speaker and offers audiences great insights into current affairs and politics.

Michael Portillo speaks on a wide range of topics and audiences find him highly entertaining. He also makes an authoritative and engaging chairperson who establishes a good rapport with any audience.

How to book The Rt Hon. Michael Portillo?