Dr. Ernesto Zedillo is a Mexican economist and politician who served as President of Mexico from 1994 to 2000. He is director of the Center for the Study of Globalization and professor in the field of international economics and politics at Yale University. 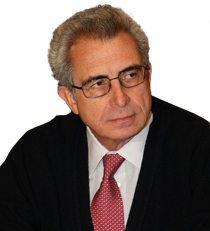 In 1969 Dr. Zedillo entered the National Polytechnic Institute, graduating as an economist when he began lecturing. In 1974 he pursued his master's and Ph.D. studies at Yale University. Raised in a working-class family, he joined Mexico's ruling party in 1971. As secretary of the Ministry of Programming and Budget, he controlled Mexico's huge foreign debt, reduced inflation, and balanced the budget. Elected president after the assassination of the original PRI (Institutional Revolutionary Party) candidate, Luis Donaldo Colosio, he undertook reforms to reduce poverty, root out corruption, and continue democratizing the electoral system. He is chairman of the board of the Global Development Network and also serves on the board of the Institute for International Economics, the International Crisis Group and the World Economic Forum.

Ernesto Zedillo is a global strategist and respected leader throughout the world, an expert in globalization and emerging markets in Central and South America. Since the ending of his term as president in 2000, Dr. Zedillo has advised numerous organizations and has been a leading voice on globalization, especially its impact on relations between developed and developing nations. He is currently Director of the Yale Center for the Study of Globalization and offers companies around the world insights from his unique perspective.

Having coined the term globaliphobic to refer to globalization detractors at the World Economic Forum his speeches are renowned for his ability to get across a strong message in a frank and clear style.

How to book Dr. Ernesto Zedillo?