John Aldridge was a prolific, record-breaking goal scorer, best known for his hugely productive time with Liverpool FC in the late 1980's. He is now a respected and jocular pundit with various media organisations, both on Merseyside and on a national level. John is now a keen golfer and accomplished after dinner speaker, with many avid memories from a glittering career. 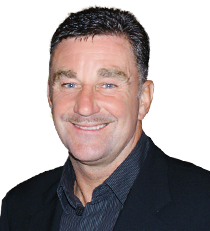 John took a long time to reach the top of the game, plying his early trade in non-league football on Merseyside before getting his break in the professional game with Newport County. He then joined Oxford United in 1984 when the club were in the old Third Division. He broke the club's record of goals in a season in 84/85 as the U's got promoted to the old First Division. He also played in and won the League Cup in 1986, with Oxford, beating QPR at Wembley. John finally hung up his boots in 1998 in a club and country career spanning 882 appearances and 474 goals.

John is a respected football pundit and commentator, as well as inspiring audiences with his highly entertaining presentation based on his career in football.

John's presentations are a perfect mix of amusing anecdotes and entertaining stories making him highly sought after at events around the country.

How to book John Aldridge?