Brian Sims is a world class professional salesman. He moved into international motorsport from the corporate sector and became one of the sport's most successful sponsorship sales exponents. His achievements include securing the multi-million dollar deals that brought FedEx, Gillette and Marconi into Formula 1.

"Money, Egos and Speed: My Journey to F1 and Beyond" 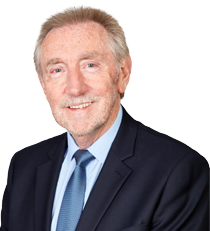 Brian began his career as a Xerox salesman and it was the sales skills that he learned with this highly regarded company that would eventually enable him to succeed at the very top level of international motorsport. His passion for motorsport then came to the fore and he embarked on a new career, initially as a championship winning professional race driver. It wasn't long, however, before he built an enviable reputation for securing substantial corporate sponsorship and this led him to a career in Formula 1, not as a driver, but as the Marketing Director of two F1 teams, Benetton and Lola Scuderia Ferrari. Brian is also the Founder and one of only three Honorary Life Members of the prestigious Motorsport Industry Association, the trade association that represents the £9 billion British motorsport industry.

An accomplished business speaker, Brian has both the credibility and experience to relate well to sales audiences and has a unique ability to entertain and enthuse at the same time as passing on valuable lessons about the way he is still succeeding in achieving sales in these tough economic times.

In his insightful and entertaining presentations Brian takes the audience behind the scenes of the glamorous, exciting, yet cut-throat world of global sports marketing. He intersperses accounts of how he became such a successful salesperson up to and including Formula 1, with a host of anecdotes from his colourful motorsport career.

How to book Brian Sims?