Heather Mills' many roles have taken her around the world to remote and dangerous places. Her message is simple: never give up. She recounts tales of her varied and interesting life and draws them back to business matters. Heather worked in war-zones as an activist and London as a businesswoman and model until 1993 when, having returned from war-torn Yugoslavia, she was involved in a road accident. She lost her left leg, crushed her pelvis, her lung was punctured and her family were told that she would die. Since that date she has continued to campaign but has also become a global ambassador for high-achieving amputees, winning Gold medals and holding world records in adaptive speed skiing.

"Heather has made a real difference to families, communities, countries and to our world" Hillary Clinton" 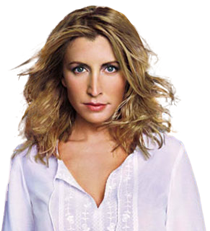 Heather is an activist charity campaigner, philanthropist and United Nations Association Goodwill Ambassador who campaigned for over 15 years to raise funds and awareness to rid the world of landmines. Her charity work as an Ambassador for the global landmine campaign helped raise over $18.5 million and her team became the largest funder of landmine clearance in the world. Heather has appeared both as a guest and as a presenter and journalist on countless TV shows and channels including Larry King Live, Oprah Winfrey and the BBC.

Activist, campaigner, ambassador, medal-winner, wife and mother - Heather has worked and lived under a number of labels with one core focus: overcoming adversity. With an outstanding perseverance and dogged commitment, Heather's work and perseverance serve as an inspiration to many. She offers audiences the opportunity to see for themselves the difference one person can make to the quality of lives of thousands of people around the world. She demonstrates the courage required overcoming the odds and how her determination has motivated her over the years.

Heather is a shining example of how a positive attitude can overcome adversity. She has the power and ability to instil enthusiasm and positive thinking into others and her attitude is contagious. Her ability to address a wide range of audiences has taken her as a guest speaker to meetings all around the world.

Give us a call or send us an e-mail to find out exactly what Heather Mills McCartney could bring to your event.

How to book Heather Mills?