Sir David Brailsford CBE was the director of the British Olympic cycling team overseeing an extraordinary series of performances at London 2012. In Beijing 2008 he masterminded Team GB's cycling gold rush and won the Best Coach award at the BBC Sports Personality of the Year. In 2010, he became the manager of Team Sky. 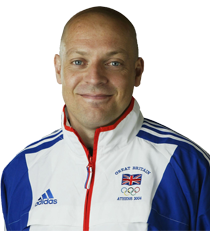 David Brailsford CBE spent four years as a competitive cyclist in France before returning to the UK to study for his first degree in Sports Science. He subsequently went on to study for an MBA at Sheffield business school. He has been involved in cycling throughout his career and was first employed by GB Team as a consultant following the advent of lottery funding. He then moved on to become Programmes Director before becoming Performance Director. He led the British cycling team to many victories at the 2004 Olympic Games in Athens, his contribution was later acknowledged with an MBE on the Queen's Birthday Honours list in 2005 and with a CBE in the 2008 New Years Honours List.

David Brailsford's enthusiasm and professionalism, combined with his love for our sport and commitment to his job, are second to none. He offers a blend of sporting knowledge and business acumen, which he has utilised to lead and develop his teams into one of the most respected and successful Olympic Programmes across all sports. Brailsford's stock as a world-class high-performance manager is so high that he attracts interest from other professional sports.

Credited as one of the principal architects in transforming Great Britain's track fortunes over the last decade and now trying to replicate that incredible success on the road with Team Sky, David Brailsford is not someone to do things by halves and his motivational presentations get to the heart of what is required to produce consistent excellent results.