Expert on the Human Mind and Renowned Brain Researcher

Baroness Susan Greenfield CBE, is a British scientist specialising in the physiology of the brain, Susan researches the impact of 21st century technologies on the mind, how the brain generates consciousness and novel approaches to neurodegenerative diseases such as Alzheimer's and Parkinson's.

"One of the most inspirational women in the world" Harpers & Queen 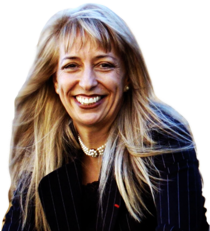 Baroness Greenfield took a DPhil in the Oxford University Department of Pharmacology and subsequently held research positions at the College de France, Paris and NYU Medical Centre. She has received 30 Honorary Degrees from British and foreign universities. Susan has been profiled in a wide range of papers and magazines, voted one of the 100 most influential women in Britain. She has been Forum Fellow at the World Economic Forum at Davos for the last ten years and has addressed the European Parliament on the impact of technology. In 2012, Susan became a Governor of The Florey Institute for Neuroscience and Mental Health and also started to support the IAB. In 2014, Susan was awarded an Honorary Doctorate at Middlesex University and in 2015, Susan was awarded the Honorary Life Member of Healed by Compassion.

In her illuminating and lively presentations, Susan Greenfield illustrates how the massive growth of electronic media is fundamentally altering our brains and central nervous system and that while change is inevitable, companies must choose how to respond to that change. Susan Greenfield shares invaluable advice on leadership and the human mind and is immensely popular with audiences around the world.

Susan Greenfield is highly sought after for her innate ability to make science, technology and the human mind more accessible and comprehensive subjects. She breaks the mould and changes audiences' preconceptions by offering valuable information in a remarkably down to earth manner.

How to book Baroness Greenfield CBE?