"A prominent expert on international finance and development" 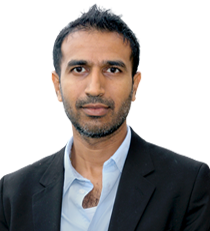 Sony's career spans investment banking, academia and policy making across several countries. He has been a Visiting Fellow at the European Commission, an Expert Adviser to the European Parliament and a Visiting Scholar at the International Monetary Fund, focusing mostly on crisis management, economic governance & financial sector reform. Sony has also worked for Lehman Brothers in London, ICICI in India and traded derivatives for Aquila Energy in the US. He was also a strategy adviser to the Norwegian government. He also has a multidisciplinary role at the London School of Economics where he is the Strategy Adviser to the Systemic Risk Centre and a Senior Visiting Fellow in Development, Government and Public Policy. Until 2013 Sony was the first chair of the Banking Stakeholder Group at the EBA. Sony has been elected a Fellow by the Royal Academy of Arts, a Young European Leader by Europanova, and a Young Global Leader by the World Economic Forum. He studied at the LSE, and the Indian Institute of Technology.

As a frequent commentator on the Euro Crisis, development finance, the environment and international governance, Sony shares creative yet pragmatic solutions to the public policy challenges of our times. He employs vivid metaphors to argue that finance needs to be reigned in to bring us back to prosperity.

Sony Kapoor's speaking style coupled with an incisive understanding and enlightened capacity to explain and discuss economic and global issues has contributed to his high popularity and reputation.

How to book Sony Kapoor?