Marcel Desailly is a former French footballer and star of the France national football team squad, with whom he won the 1998 FIFA World Cup and Euro 2000. He also enjoyed a distinguished career at club level with several major European clubs. He is very much engrossed in the game as a media personality, providing commentary and analyses on radio and television. A mobile video game entitled Marcel Desailly Pro Soccer, was released for mobile phones in 2003. 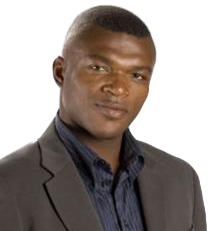 Born in Accra, Ghana as Odenke Abbey, Marcel moved to Olympique de Marseille in 1992 and won the UEFA Champions League the following year. In 1994, while a member of A.C. Milan, he again won the Cup (scoring in the final himself), being the first player to win the Cup in consecutive seasons with different clubs. During his time in Milan he won two Italian league titles, in 1994 and 1996. He moved to Chelsea for a reported 4.6 million pounds prior to the 1998 World Cup. After Euro 2004, he retired from international football as the all-time leader in appearances for France (116). He was snapped up by Qatari outfit Al-Gharafa in 2004 as the club captain and they won the Qatar League in 2005.

Marcel Desailly is considered one of the most accomplished players of the game and one of the best players of the past two decades, having won virtually every major team award. Found predominantly giving his opinion from the touchline at both half time and full time as opposed to residing in the studio, he is a knowledgeable and highly respected commentator on the modern game.

Marcel Desailly's style has won him an army of British fans, due to his tendency to speak knowledgeably with his heart on his sleeve.

How to book Mr. Marcel Desailly?