Osvaldo Ardiles became a cult hero in England as a player for Tottenham Hotspur. As manager of Tottenham in the mid-1990s, he famously played several matches utilizing a formation that had five forwards, a formation that hadn't been used in English football since the 1950s, which "Ossie" (or "Pitón", as he is affectively known in his native country) mainly used because of Tottenham's perceived defensive weakness. 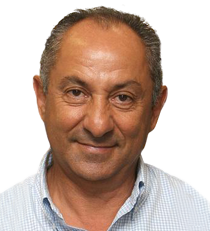 Osvaldo Ardiles began his professional career in Argentina with Instituto de Córdoba, playing also for Club Atlético Belgrano and Huracán. After the 1978 World Cup he moved to England to play for Tottenham where he spent four seasons. He helped Tottenham win the UEFA Cup in 1984, leaving shortly afterwards to sign for Paris Saint Germain in France. He played for Blackburn Rovers, Queens Park Rangers F.C. and Swindon Town F.C., before being appointed as manager of Swindon Town in 1989. He managed Paraguayan club Cerro Porteño in 2008.

Former World Cup winner, Osvaldo Ardiles is a confirmed achiever at the highest level who understands the many criteria at play in achieving your goals. As such he shows you what it takes not only to achieve but also to transfer your success to a new arena. A charismatic winner, he transmits the power of self belief.

Osvaldo Ardiles has a professional yet easy style, enthralling his audiences with anecdotes and insights from his playing and coaching career.

How to book Osvaldo Ardiles?