One of the Nobel Prize-winning Canadians on the IPCC, Expert on Pandemic Influenza

Dr. Kirsty Duncan is internationally recognised as a leading expert in the area of pandemic influenza, environmental change, and the impact on human health. In 2008, Dr. Duncan was formally recognized as one of the Nobel Prize winning Canadians on the Intergovernmental Panel on Climate Change.

"A leading expert on health issues" 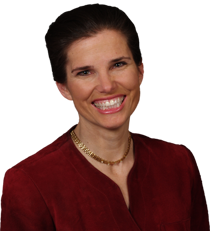 Kirsty earned a Doctor of Philosophy in Medical Geography in 1993 and went on to gain recognition for her groundbreaking efforts in leading an expedition to uncover the cause of the 1918 Spanish influenza, history's greatest killer. Amongst her many accolades Kirsty has been nominated for 'Canada's Top 40 Under 40' in 1997, 1998, 1999 and 2001. As well as being nominated for the prestigious Order of Ontario in 2000 and 2001, she appeared in the millennium edition of Canada's Who's Who in 1999. She is a professor of Health Studies at the University of Toronto and is the current MP for the Liberal Party of Canada in the Toronto riding of Etobicoke North.

In her presentations, Kirsty Duncan describes common responsibilities of corporate social responsibility, and then focuses on crucial global environmental issues and health concerns, and where business can make positive changes to society. She explores emerging threats-such as, the Swine Flu outbreak in Mexico, Ebola hemorrhagic fever in Africa, Variant Creutzfeldt-Jacob disease in the United Kingdom, and West Nile virus in the United States-the possible reasons for their emergence, and what can be done in the fight against these diseases.

Kirsty Duncan's emotive and passionate style of delivery is highly inspirational and motivating. Her presentations serve as an excellent tool for decision makers from the world of business.

How to book Dr. Kirsty Duncan?