Jon B Wellinghoff, former Chairman of the Federal Energy Regulatory Commission (FERC), is an internationally recognised energy law attorney and clean tech energy expert. He is currently a Partner at Stoel Rives, a leading renewable energy law firm and co-chair of their energy team. With nearly 38 years of leadership experience in federal and state energy policy, regulation and project development, Jon is an advocate in the use of smart grid technology. He is well versed in all aspects of renewable energy production and storage as well as infrastructure development and security. 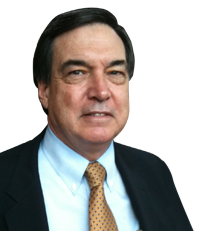 The longest serving chair of the FERC, Jon was nominated to Commissioner in 2006 by President Bush and reappointed in 2008. In March of 2009, he was named Chairman by President Barack Obama a post held until November 2013. During his FERC tenure, Jon's responsibilities included making the U.S. power grid cleaner and more efficient, integrating emerging resources such as renewable energy and demand response, including energy efficiency and local storage systems such as those in plug-in hybrid and all electric vehicles. Previously, Jon founded and led the Beckley Singleton, Chtd. Sustainable Energy and Clean Tech Division (2000-2006).

Jon is ideally positioned to talk about a diverse range of energy related topics. Through his detailed research international audiences gain valuable insights into current thinking on energy infrastructure and project development. Jon offers a futuristic view in which electric vehicles and consumer appliances are integrated into a "smart energy grid" utilising energy in a more sustainable way.

Jon's engaging style, coupled with an incisive understanding of energy issues, has contributed to make him one of the most sought after experts on current energy issues.

How to book Jon Wellinghoff?