After Dinner Speaker & Former Captain of the England Cricket Team

Graham Gooch OBE was the most prolific run scorer top-class cricket has ever seen. He holds numerous Essex & England batting records having played first-class cricket regularly between 1973 and 1997. He has also coached Essex and remains at the club, continuing as the squad's specialist batting coach, whilst also assuming commercial duties for the county. He has also started the 'Graham Gooch Scholarship Fund' an initiative to raise monies to send some of Essex's best young professionals on overseas scholarships.

A cricketing legend, rated among the best batsmen in the world for most of the early 1990s 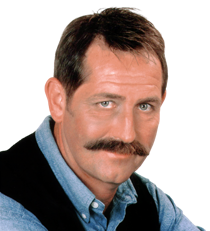 Graham became the first player to score 1,000 runs in Tests during the English summer. In 1991 he guided Essex to their fifth County Championship and was awarded an OBE. He retired from Test Cricket in 1995, after winning a record 118 caps for England and becoming their highest run-score with 8,900 and in 1997 announced the end of his playing career. Two licensed computer games have been made for him, Graham Gooch's Test Cricket in 1985 and Graham Gooch World Class Cricket in 1993.

Graham Gooch knows all about the importance of teamwork and strong leadership and offers audiences the valuable lessons he learned on the cricket field and how to apply them in a business environment. He has an established reputation as a humorous after dinner speaker and is in demand at corporate, social and sporting events. He continues to provide regular commentary on Channel Four Commentary Team, Sky, Test Match Special & Radio Five Live Sport throughout his distinguished media career.

Graham's presentations are highly amusing and jam packed with hilarious anecdotes from his professional cricket career. He has acquired a vast fund of stories, which he delivers in his own unique style. He is articulate and well informed and can motivate, inspire, entertain and create an individual's awareness of self-achievement.

How to book Graham Gooch OBE?