Business Leader and CEO of Siemens for 13 Years

Taking over the helm at the industrial giant Siemens in 1993 Dr. von Pierer was the driving force behind the company's streamlining and rationalizing internal processes, boost innovation, refocus the company's portfolio, enter key new markets, and to fashion a new corporate culture. Under his direction, Siemens anchored its dominant presence in global market. Today he is a member of several supervisory boards, the President of the German Asia-Pacific-Committee and has functioned as an advisor to the German Government.

" There will be hunters and hunted, winners and losers. What counts in global competition is the right strategy and success." 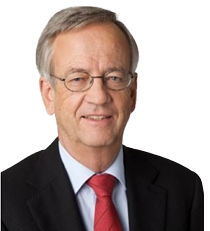 He joined Siemens in 1965, first in the Corporate Finance Department and later in the Legal Department. Prior to joining Siemens, he taught law at the University of Erlangen-Nuremberg. After stepping down as CEO, he was chairman of the supervisory board, from which he resigned in 2007. To date he still lectures in Nuremburg, where he holds an honorary professorship.

Having kept the industrial giant not only on the top for the 13 years of his leadership, but also doubling sales and tripling profits Dr. von Pierer is ideally positioned to share with decision makers the innovative operating strategies he implemented at Siemens. He also demonstrates how to lead such a hugely successful electronics group to steadily increase their global market share.