Dr. Martin Posth is a highly renowned specialist on Asia.

In January 2006 he left Arthur D. Little's Asia Pacific Advisory Council, where he was Vice Chairman providing council on high level strategic and operational issues for companies in the Asia Pacific region.

"One of the best managers ever seen in China" 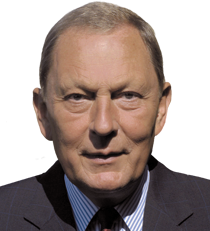 Martin's prolific career began in the automotive industry. He is the former Commercial Executive & Deputy Managing Director of the Shanghai-Volkswagen Automotive Company in China. He also served on the Executive Management Board and as Vice Chairman of the Board of Directors of Shangai Volkswagen (FAW). In 1988 he was appointed Member of the Board of Management, Volkswagen AG and in 1993 became Member for the Asia-Pacific area. During this latter period he was also based in Hong Kong as Chairman and President of Volkswagen's regional headquarters, Volkswagen Asia-Pacific Ltd.

Martin was awarded the 'Silver Magnolia' by the City of Shanghai in 1993 and became an 'Honorary Citizen' in June 1997. He is a member of various leading international committees in Europe and the Asia-Pacific region.

Dr. Martin Posth is a prolific writer about Asia and his insight into recent events in China, coupled with his commercial experience of the entire Asia-Pacific area, make him a truly desirable speaker.

A much respected voice on the developments in Asia Martin is highly sought after by audiences eager to hear his informative, insightful and unforgettable presentations.

How to book Dr. Martin Posth?