Quentin Willson is best known for his hit series Britain's Worst Driver on Channel Five and remains one of the best known motoring authorities in the UK. Quentin is also a columnist for The Sunday Mirror and has written for various motoring publications such as Top Gear Magazine, Auto Card, What Car and for most of the national newspapers. A familiar face on most channels he regularly appears on BBC Breakfast, GMTV, Panorama, and most news and current affairs programmes. 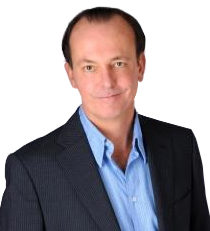 His deep knowledge of the market changed the way British consumers bought used cars and caused most carmakers to regularly reach for their Valium. He appeared every week for a decade on BBC2's highly acclaimed Top Gear series, along with his own classic car series The Car's The Star and property show All The Right Moves, educating car buyers on how to beat the system as well as pressurising the industry to lower new car prices in the UK. In 2004, he was awarded Motoring Writer of the Year.

With an encyclopaedic knowledge of cars and having spent his career in television Quentin is a relaxed and professional presenter used to being in the spotlight.

Quentin is renowned for his acid wit and general disdain for political correctness making him a firm favourite as after dinner speaker.

How to book Quentin Willson?