Damon Hill OBE, a British former racing driver, he was the 1996 Formula One World Champion. He is the son of the late double Formula One world champion Graham Hill. Damon now works tirelessly for the British Racing Drivers' Club and is endeavouring to retain the British Grand Prix at Silverstone. 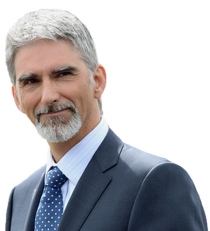 Damon Hill started his Formula One career in 1992 with the then uncompetitive Brabham team. He took the first of his 22 victories at the 1993 Hungarian Grand Prix for the Williams team the following year. In 1994, he won the British Grand Prix, a race his father had never won in his long and successful career. During the mid-1990s, Hill was Michael Schumacher's main rival for the Formula One Driver's Championship, finishing runner-up in the German's 1994 and 1995 title seasons. Following retirement, Damon now spends a lot of time encouraging young drivers and assisting where possible in helping their future careers.

Drawing upon his incredibly successful career as one of Britain's top F1 drivers Damon offers audiences great insights into the drive and determination which took him to win the world championship. He shows how the lessons in teamwork and leadership he learned on the track can be applied to inspire us to achieve our goals.

An engaging and entertaining speaker, Damon uses a mix of stories and anecdotes from his career combined with stunning images to challenge and inspire audiences to greater things.

How to book Damon Hill OBE?