During Dr. Supachai's wide ranging career he was Deputy Finance Minister, Minister of Commerce and twice Deputy Prime Minister of Thailand. He is the first representative of the developing countries to be appointed Director General of the World Trade Organisation (WTO). 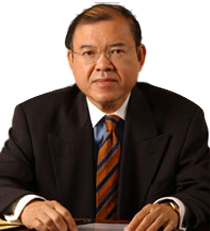 He assumed for some years the presidency role of a commercial bank, and chairman of several private corporations including an international insurance company. From 2002 to 2005 he was Director General of the World Trade Organisation (WTO) which was then followed with two terms as Secretary General of the United National Conference on Trade and Development (UNCTAD) from 2005 to 2013. At present he is a board member of the Institute for Cultural Diplomacy in Berlin, a founding member of the Asia-New Zealand Foundation where he was recently appointed to serve at the High Level Panel of Experts on Recosting.

Dr Panitchpakdi carefully explains in his seminars the importance of international co-operation through sub-regional, regional and global frameworks. He shows audiences how to successfully conduct inter-national trade negotiations and how to develop new markets.

A balanced and informative speaker, Dr Panitchpakdi's presentations are filled with hard facts and real life examples presented in a clear and precise way.

He presents in English and Thai.

How to book Dr. Supachai Panitchpakdi?