One of the UK's Most Recognisable Sports News Presenters

Rob Bonnet is a household name in sports news broadcasting, having spent most of his career as a BBC sports journalist. He's covered Olympic Games, Commonwealth Games, and Football and Rugby World Cups, along with major golf events such as the Open Championship and the Ryder Cup. He provides broadcasting services for BBC Radio 4's Today Programme and BBC World TV, conference moderating and media consultancy. Rob was also the main sports presenter for ten years on BBC Breakfast, stepping down from this role in 2005.

One of the UK's best known sports news presenters 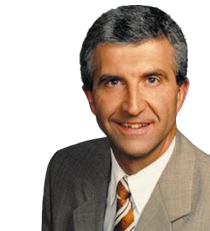 Following a short spell in advertising, Rob worked his way through BBC local and network radio, plus regional TV, to an appointment as sports news correspondent for BBC TV News. This lead to presentation of the sports news on BBC Breakfast and BBC1 News, plus other roles on BBC Radio Five Live and BBC World TV. He has presented a sports news and current affairs radio programme Inside Edge, and Extra Time, a long-form interview programme with many of sport's "A-listers" on BBC World TV.

Rob has a global profile built over many years through his work on both the BBC's domestic and international TV services. He offers an understanding of the fundamental issues in sport but also a journalistic professionalism across a range of other areas; this has taken him into moderating roles within the motor industry and the sponsorship, tourism and security sectors. He introduces seminars and debates in front of live audiences at corporate events and also has wide ranging experience in the hosting of awards ceremonies, both at home and abroad.

Rob is well used to the pressures of live TV and radio broadcasting. He is a relaxed and professional presenter with an ability to adapt to the last minute changes which invariably occur in the communications environment.

How to book Rob Bonnet?