Carl Fogarty MBE is a Superbike legend and arguably the best ever motorbike rider from Britain. He is the most successful World Superbike racer having won 59 victories and four World Superbike Championships. Now retired, he is renowned for his high corner speed riding style, combined with an aggressive competitiveness.

"Carl Fogarty is, quite simply, the legend of World Superbike racing" 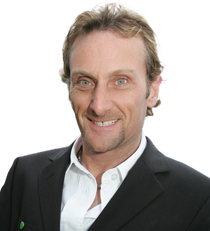 A freak crash in 2000 forced his retirement, after which Foggy has pursued a number of media and business interests, including a best-selling autobiography, team ownership, a popular chat-show tour and charity work. Early in his career he won the Formula One World Championship for bikes. He also contested the 500cc British Grand Prix several times. Carl broke the lap record at the Isle of Man TT in 1992. In 1992 he teamed with Terry Rymer and Michael Simul to win the 24 Hours of Le Mans. They went on to win the World Endurance Championship for Kawasaki. In 1999, an amazing 120,000 fans turned up to watch him race at Brands Hatch and 30,000 travelled to Assen, Holland to see him crowned world champion. The crowds worshipped his gutsy, aggressive style and a determination to win at all costs that produced four World Superbike championship wins and a total of seven world championship successes.

Drawing upon an incredible career in Superbike sports that increased public awareness as a result of his four world titles, Carl offers audiences great insight into to what it takes to make a champion. No stranger to controversy, he reflects on the ups and downs of his career and speaks with great authority on the current state of the industry.

Carl is a true legend and a highly engaging speaker who shares anecdotes and tales from his lifetime of successes with worldwide audiences with his witty repartee.

How to book Carl Fogarty MBE?