Richard Krajicek is a Dutch Tennis legend. Since 2004 he has been the tournament director of the ABN AMRO World Tennis Tournament in Rotterdam. In 2009 he made a surprise appearance on the professional golf circuit as a caddie for Wil Besseling, having managed him for two seasons. Since leaving the top-level of the game, Krajicek has featured alongside other retired professionals on the Tour of Champions and run The Richard Krajicek Foundation which builds sports facilities for children in the Netherlands' inner-city areas. 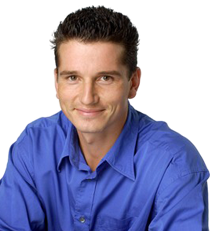 Richard Krajicek began playing tennis at the age of four, and after several successful years on the junior circuit, he turned professional in 1989. He retired from the professional tour in 2003. During his career, he won 17 singles and 3 doubles titles. His career-high singles ranking was world number 4 in 1999 and was named ATP Comeback Player of the Year in 2002. In 2000 he earned ATP's Arthur Ashe Humanitarian of Year award, and in 1999 the Dutch Postal system released a stamp featuring the '96 Wimbledon champion. He was awarded The Dutch Sportsman of the Year 1996, organized by the Dutch Olympic Committee.

Having been through some tough times in his career and overcome them to become the only Dutch player to have won a Grand Slam, Richard Krajicek's story is one with many ups and downs. In his motivating presentations he explains how he dealt with setbacks and gives insights into his ambitions on his way to the summit.

Best remembered for winning the 1996 Wimbledon Championships and ending the dominance of Pete Sampras at the All England Club, the 6' 5" Dutchman, Richard Krajicek is a powerful and emotive speaker. He speaks about his experiences in professional athletics and the lessons he drew from them.

He presents in Dutch & English.

How to book Richard Krajicek?