Ed Stafford became the first person to walk the entire length of the Amazon River. His adventure has been described as one of the most dangerous and difficult expeditions ever undertaken encountering venomous snakes, severe floods, electric eels, jaguars and hostile local tribes.

Ed's Amazon accomplishment has been described by Sir Ranulph Fiennes as being "..in the top league of expeditions past and present" 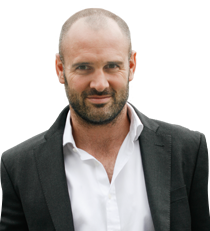 After leaving the military in 2002 he led expeditions in Belize and then supervised the building of a BBC base camp in Guyana. On April 2nd 2008, Ed Stafford began his quest to walk the entire length of the Amazon River from source to sea. In 2009 he began writing a fortnightly blog for the Prince's Rainforests Project. Since returning home his story has featured in over 300 articles around the globe.

Ed Stafford's experiences of surviving adversity in some of the world's most remote locations are simply unforgettable and highly inspiring. He uses his experiences to inspire and motivate audiences to achieve their own personal goals and shows that is it possible to succeed even when faced with seemingly insurmountable hardship.

Ed Stafford aims to motivate others to believe they can achieve their dreams and his laid back, humorous style educates and enthrals. His presentations are a mix of narrative and pictorial anecdotes with documentary footage filmed by Ed himself in the jungle. He takes the audience with him back to the jungle via his presentation and helps to inspire them to see life ahead as an adventure ready to begin.

He presents in English or Spanish.

How to book Ed Stafford?