Ronnie Whelan is probably best known for his long and successful career at Liverpool during the team's highly impressive run through the 1980's seasons. He continues to be one of the Liverpool club most well respected players, coming in the top thirty players named in a poll of 110,000 Liverpool fans titled "the 100 players that shook the Kop." Now making regular appearances on both British and Irish television Ronnie is a regular contributor and sports speaker for Irish broadcaster RTE Sport. In more recent years he has also cultivated an enviable career as a guest and after dinner speaker at both corporate and sporting events. 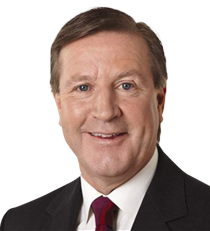 Ronnie was also a regular for the Republic of Ireland making his debut in 1981 and was part of the Irish side which qualified for the 1988 European Championships in West Germany. He was at the Liverpool club from 1979 until 1994, and finished his career at Southend United, where he was also player-manager. He retired in the mid 1990's to become a dedicated football speaker and manager, over the next ten years he would go on to manage teams in both the UK and Europe.

In his capacity as football speaker Ronnie looks back on his time at Liverpool with much fondness. He discusses his role as team Captain and coupling his proficiency as a sports speaker with his own personal love of the game, provides a unique and hugely entertaining insight into the club's history.

Ronnie Whelan is one of the most down to earth ex professional you will ever meet. He will have you glued to your seat with his many stories about football and winning medals; He has the complete selection.

How to book Ronnie Whelan?