Lord Dannatt is a decorated soldier, and a leading authority on military and defence issues. His distinguished service in Northern Ireland, Bosnia and Kosovo, and as professional head of the British Army during the most difficult years in Iraq and Afghanistan, mean he is well-placed to offer penetrating insights into defence and security policy, military leadership and strategy. 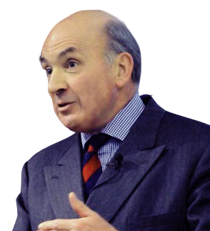 Highly respected by his peers and governments, Lord Dannatt was a key advisor to the David Cameron defence team in 2009/2010. A frequent and popular commentator on current affairs and security issues, his views regularly feature in the media. He became a member of the House of Lords in 2011. After retiring from the Army in 2009, he was appointed Constable of the Tower of London. In 2016 Lord Dannatt published his second book 'Boots on the Ground' and became president of the charity 'Help for Heroes'. Drawing from his 40 years of military career, Lord Dannatt offers organisations invaluable advice on topics such as leadership, global issues, communication, risk and security.

Lord Dannatt's insightful presentations on what makes a good leader and how to lead high performance teams provide audiences with a deeper understanding of the skill and development required.

Lord Dannatt is charismatic and engaging, combining eloquence and humour in his content rich, personalised presentations.

How to book The Lord Dannatt GCB, CBE, MC?