Leading Global Economist and Chairman of the LSE Grantham Institute

"Europe, without further action, will soon be surpassed by countries like China and South Korea, as they invest heavily in low-carbon technologies." 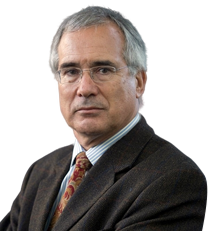 Professor Stern was Chief Economist of the European Bank for Reconstruction and Development, 1994-1999, and Chief Economist and Senior Vice President at the World Bank, 2000-2003. He was Second Permanent Secretary to Her Majesty's Treasury from 2003-2005; Director of Policy and Research for the Prime Minister's Commission for Africa from 2004-2005; Head of the Stern Review on the Economics of Climate Change, published in 2006; and Head of the Government Economic Service from 2003-2007. He is President of the British Academy and was elected Fellow of the Royal Society.

In his speeches Lord Stern presents in-depth analysis and his views on the current economic climate. He talks about the risks posed by global climate change and the opportunities that are available to investors, companies and countries in investing in a low carbon future. In addition he has extensive knowledge on development in Africa, India and China and helps investors understand the economic and geo-political outlook in these regions.

In his insightful presentations Lord Stern provides an unparalleled level of in-depth analysis into all facets of the world's current economic landscape. He clarifies complex economic issues and looks not only at the factors affecting today's global markets but also at the factors which will affect organizations and global markets in the long term.

How to book Lord Stern of Brentford?