Ben Collins is most famous for his role as the Stig, but he is also respected as a focussed and successful businessman. Ben has put every known supercar to the test, racing the world's greatest cars, from the Bugatti Veyron and Ferrari 430 Scuderia to a London Routemaster.

Ben's career has been touched by the unusual, the extreme and the unknown 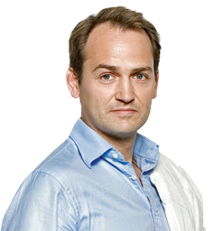 As a journalist, Ben writes for Autosport and The Sunday Times and is currently a presenter for Channel Five's Fifth Gear program. For Top Gear from the anonymity of his white helmet he taught some of the world's most famous stars how to lay down a fast racing lap, managed to catch a parachutist in his moving car and coached a blind man how to take on a chicane. Ben has commanded James Bond's Aston Martin in the James Bond film, Quantum of Solace, and performed as Nic Cage's driving stunt double. He has presented a TV show for the BBC called Extreme Teens and has carried out some daring stunts on numerous car shows such as Driven, Top Gear and Pulling Power. He was hired by Hornby plc for several years as the Brand Manager for Scalextric, during which time sales of the model cars rebounded under his direction.

Ben provides his insights on what it feels like to race in a high pressure environment where split-second decisions determine success or failure, skills that can be applied to the challenges of the workplace. Ben understands the complexities of the business world and the importance of working as a team, having done so all his life.

Ben is in high demand as a speaker due to his unique career and continuing success. His entertaining anecdotes and tales of incredible stunts make for a truly inspirational talk. At its core is a story of strong commitment and an iron will that has determined Ben's position as a world class performer.

How to book Ben Collins?