Lord Michael Heseltine is a businessman, Conservative politician and patron of the Tory Reform Group. He was a Member of Parliament from 1966 to 2001 and was a prominent figure in the governments of Margaret Thatcher and John Major. For thirty years, from his days as Minister for Aerospace in the early 70s to his appointment as Deputy Prime Minister in the mid-1990s, he has consistently ranked as one of the best known public figures. 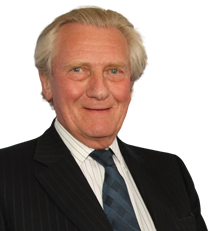 Lord Heseltine was educated at Shrewsbury School and at Pembroke College, Oxford, where he read politics, philosophy and economics. In 1957, he founded Haymarket, which is now one of the largest independent magazine companies in the country with extensive interests overseas. He rejoined the Haymarket Board of Directors on leaving Government in 1997, and became Chairman of the Group in 1999.

A leading elder statesman in the United Kingdom, Lord Heseltine has been widely considered an adept media performer and charismatic Minister. He has delivered very high profile talks on a range of topics and is well known for his public performances.

Lord Heseltine is an inspirational figure, a charismatic speaker and an exceptional motivator, describing himself as an inveterate optimist with the ability to see the most extraordinary opportunities. He has extensive government experience and is renowned for his showmanship and oratorical skills.

How to book The Rt Hon. The Lord Heseltine CH, PC?