Andrew Castle is a former tennis player and one of the most experienced live broadcasters in the UK. He currently hosts LBC's weekend breakfast show covering a range of major stories both in the UK and worldwide.

A relaxed and confident speaker, an ideal choice as an event host 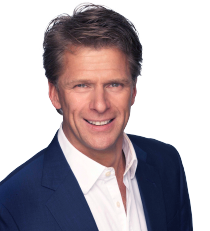 After retiring from professional tennis in 1992, the former men's singles UK No. 1 has gone on to work with the UK's most respected broadcasting companies including Sky, the BBC, ITV, Smooth radio and LBC. Andrew began his broadcast career as a commentator and broadcaster for Sky before joining GMTV in 2000 where he made the sofa his home for 10 years. At GMTV, he interviewed anyone from Tony Blair, to the Rolling Stones, while also leading the stations coverage of the Iraq War and Al Qaeda. His time at the station has shown his versatility, enough to cover both ends of the spectrum from celebrity interviewing to hard-hitting journalism. In addition to his own presenting career Castle has found time to take part in some of Britain's best loved shows including Strictly Come Dancing, Masterchef and Who Wants to be a Millionaire.

With a vast knowledge of current affairs and sports, Andrew is a competent and charismatic awards host and straight talking conference facilitator. He is also an experienced auctioneer and unlike many presenters thoroughly enjoys hosting charity auctions.

A true professional, Andrew is a relaxed speaker well loved by audiences for his down to earth and pragmatic approach.

How to book Andrew Castle?