Jaron Lanier is one of most celebrated technology writers in the world, and is known for charting a humanistic approach to technology appreciation and criticism. Often associated with Virtual Reality research, he coined the term 'Virtual Reality' and in the early 1980s founded VPL Research, the first company to sell VR products.

"One of the foremost digital visionaries of our times" 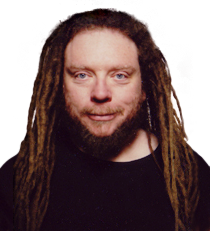 One of Silicon Valley's key early innovators, this digital prophet has been dubbed the 'father of virtual reality' and named as one of Time's 100 most influential people in the world. Neither a tech optimist nor a doom-monger, he is unique for always seeing the opportunities offered by technology as well as the dangers. He sounded an early warning about the perils of the internet - describing the tech giants as 'spy agencies' and 'lords of the clouds' for the way they reduce the value of humans to that of the data they provide. But he also proposed another, more imaginative way to use technology. A 'human-centered approach', he argues, 'leads to more interesting, more exotic, wilder, and more heroic adventures than the machine-supremacy approach, where information is the highest goal.

Jaron Lanier challenges us to express our essential humanity via 21st century technology instead of disappearing in it. As he has either initiated or predicted many of the most dramatic recent developments in IT, his keynotes have the quality of a sneak preview of the future. The father of virtual reality explains its dazzling possibilities by reflecting on his own lifelong relationship with technology.

Jaron Lanier is often described as "mesmerising" and "one of the best speakers we have ever heard". He brings humour and depth to his presentations and, on request, intersperses them with virtual reality music performances.

How to book Jaron Lanier?