Brian Moore is a former English rugby union footballer. He played as a hooker. During his career, he played for Harlequins, Nottingham, Leeds and Richmond and represented England on international level. He was a solicitor by profession but ironically was known for his combative style of play on the rugby field.

"For England Brian was an inspirational leader of the pack" 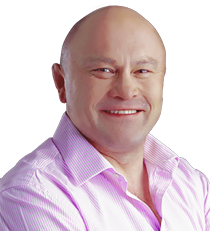 Brian won a total of 64 caps between 1987 and 1995. He played in three Rugby World Cups including the World Cup final against Australia at Twickenham in 1991 and was also a member of the England side that won Grand Slams in 1991, 1992 and 1995. In 1991 he was voted Rugby World Player of the Year. He went on two British and Irish Lions tours winning five caps. He is now a commentator on the sport, admired for his forthright views and style

Knowledgeable, sharp and articulate with an acerbic wit he is one of the rare breed of sportsmen-turned-broadcaster who pays no heed to the code of critical silence that usually afflicts the recently retired. Just as he did as a player, Brian as a commentator has remained an outspoken personality who pulls no punches with strong views on the game.

Entertaining and well-received wherever he goes and consequently, is without doubt, one of the best after dinner rugby speakers.

How to book Brian Moore?