Renowned Economist and Expert on Finance

Sir Howard Davies is Chairman of the Board of Directors of Phoenix Group since 2012. In addition, he is the Chair of the British Government's Airport Policy Review and a Professor of Practice at the French School of Political Science in Paris. He was previously the Director of The London School of Economics and Political Science.

"One of the UK's most renowned experts on finance and economy" 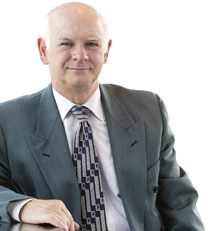 Sir Howard was Deputy Governor of the Bank of England, after three years as the Director General of the Confederation of British Industry. Earlier he worked in the Foreign and Commonwealth Office, the Treasury, McKinsey and Co and as Controller of the Audit Commission. He was Chairman of the UK Financial Services Authority and has been an independent Director of Morgan Stanley Inc. since 2004 chairing the Risk Committee. He also chairs the Risk Committee at Prudential plc, whose board he joined in 2010. He is a member of the Regulatory and Compliance Advisory Board of Millennium Management LLC, a New York-based hedge fund and has also been a member of the International Advisory Council of the China Banking Regulatory Commission since 2003 and, from 2012, is Chairman of the International Advisory Council of the China Securities Regulatory Commission.

With a wealth of experience in finance, Sir Howard is in the privileged position to be able to offer decision makers from all over the globe essential information crucial for companies wishing to do business in today's volatile markets.

Highly experienced and charming Sir Howard is in great demand as a keynote speaker at conferences around the globe.

How to book Sir Howard Davies?