As senior correspondent for Panorama, the BBC's flagship current affairs programme, Jane Corbin investigated the key security and human rights issues of our times and won many awards and accolades for her work. She has covered the world's major conflicts for more than two decades. With a wide range of contacts all over the world, she has consistently delivered in the most difficult and dangerous of circumstances while upholding the highest ethical and journalistic standards. 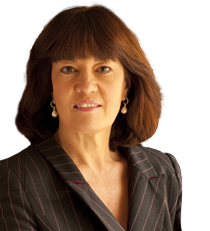 Before joining the BBC Jane was foreign correspondent for Channel Four News, Thames and Granada Television. She has a BA Hons Degree in English Literature from Kings College, London University. She has also been an expert witness on Iraq, Afghanistan and terrorism before UK Parliamentary Committees and advisor to the All Party Parliamentary Group on conflict resolution. An Emmy nominee, she is a Fellow of the Royal Geographical Society for her work on environmental issues and winner of a Monte Carlo award for her film about the shrinking Aral Sea and Chernobyl disaster.

During her travels to the world's dangerous and challenging locations Jane has demonstrated that her work goes well beyond the art of presenting and includes motivation and communication skills when liaising with crews of several nationalities, legal, logistics and budget situations to be resolved when planning assignments and securing ground breaking stories and diplomatic skills to extricate herself from life threatening locations. Acknowledged as a foremost commentator on global political developments and in particular the Middle East and Terrorism, Jane has also become respected as an impartial observer on many of the challenges facing the world in the present and future.

Jane presents with a rare combination of passion and inspiration bringing to audiences the ability to paint a graphic and gripping picture of life as a Television Journalist and at the same time informing with thought-provoking views the developments that are changing the political landscape around the world and will impact on business developments and the changing face of business.

How to book Jane Corbin?