Jake Humphrey is an experienced and knowledgeable TV presenter and Radio broadcaster. He is the face of Premier League Football on BT Sport having been at the forefront of much of BBC sport's coverage for many national and international events. In 2012, he broadcast at the European Championships, hosted Summer Olympics coverage for BBC One and BBC Three, as well as anchoring the BBC's award-winning Formula One coverage - a role he performed since the sport's return to the broadcaster in 2009. Additionally, Jake is hosting a new BBC1 quiz Beat the Pack and has a weekly column in The Sun on Sunday. 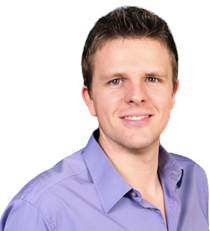 Jake took a work experience job at ITV and Rapture TV. He then joined the CBBC on-air team in 2002 and went on to present Fame Academy's daily live show, before hosting the CBBC Comic Relief Does Fame Academy. He also began hosting Saturday morning live show Sportsround in 2005. His BBC sports credits include live afternoon coverage of the Beijing Olympics, Euro 2008, the 2007 Fifa Women's World Cup in China, Sports Personality of the Year, the 2008 & 2010 Africa Cup of Nations, live Super Bowl coverage on BBC, NFL highlights from Wembley and BBC3's football coverage.

Having worked with some of the biggest names in sport along with his encyclopaedic knowledge of sporting trivia, news and events, Jake is an ideal choice as a conference host or after dinner speaker.

Well used to the pressures of live events, Jake has a relaxed manner and expertly presents and holds everything together, engaging well with audiences.

How to book Jake Humphrey?