Dr. Richter is a global business expert and the Founder and Chairman of Horasis committed to enacting visions for a sustainable future. As one of the leading analysts of international business and emerging economies, he influences major business and governmental decisions with his public commentary.

An exceptionally gifted business thinker and advisor to companies of global reach. 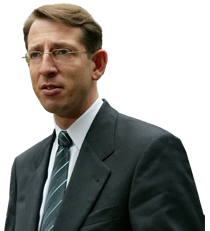 He has lived, studied and worked in Asia for almost a decade, principally in Tokyo and in Beijing where he developed and managed European Multinationals' China operations. His writings appeared in the financial and regional press, such as The New York Times, The Wall Street Journal, The Business Times, The Straits Times and the South China Morning Post. He has been interviewed by several publications and appeared on CNN, BBC, CNBC, as well as CCTV (China Central Television). His company Horasis hosts annual meetings to advance solutions to the most critical challenges facing corporations today. Prior to founding Horasis, he was a Director of the World Economic Forum.

As one of the world's significant voices upon corporate globalisation and Asian business, he encourages organisations to grow globally in order to thrive. He particularly focuses on Asia as a springboard for globalisation as he assists multinational corporations to craft strategies to develop into real global champions.

An informative and to the point speaker he has an unrivalled reputation for his ability to use distinctive scenarios on how to map the future to illustrate his proposals.

Frank presents in English and German.

How to book Dr. Frank-Jürgen Richter?