Charles Hazlewood is a conductor of international renown and a two times TED speaker who has conducted some of the greatest classical repertoire with some of the best orchestras in the world. He is also a visionary with a mission to bring the joy of orchestral music to new audiences and change lives and communities for the better.

"The face of BBC Classical music" 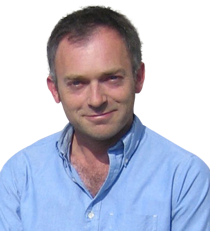 Charles believes that music can overcome barriers of language, class and culture and has proved this during his career: an opera company recruited from black townships in South Africa won the Golden Bear Award for best film at the Berlin Film Festival, a pay-what-you-can orchestral music festival attended by 1000's of people who had never heard an orchestra live before and the world's first orchestra of disabled musicians, who played alongside Coldplay at the closing ceremony of the London 2012 Paralympics. Charles is not only well known for what he has achieved, but how he achieved it. He has evolved a creative leadership style that has won the hearts and minds of many in the world of arts, business, education, sports, medicine and industry. Charles guest-conducts orchestras around the world and is a familiar figure on British TV and radio.

Charles draws from analogies between the workings of an office with that of an orchestra. Both music and business depend on individuals working as part of a whole, in pursuit of a common goal. His presentations on leadership, trust, creativity and change have inspired audiences from many of the world's leading organisations.

Charles is a charismatic and passionate speaker. His interactive and highly entertaining sessions, delivered either as a presentation or workshop, are guaranteed to motivate any audience.

How to book Charles Hazlewood?