Carl Honoré is an award-winning journalist and is best known for his advocacy of the Slow Movement - an international effort by the harried and haggard to decelerate the pace of their lives. In addition to worldwide broadcasts and public speaking, Carl lectures in universities and takes part in debates and panels.

"We all feel under pressure to do everything faster. But faster is not always better" 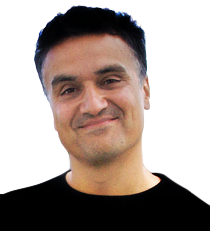 After studying history and Italian, he worked with street children in Brazil. This inspired him to take up journalism. Since 1991, he has written from all over Europe and South America, spending three years in Buenos Aires along the way. His work has appeared in publications on both sides of the Atlantic, including the Economist, Observer, National Post, Globe and Mail, Houston Chronicle and Miami Herald. His 2005 speech at the prestigious TED conference has been ranked in the Top 10 "Most Inspiring" talks by the millions of visitors who vote on the TED website.

Carl helps audiences across the globe see the world in a new light. His witty presentations are intellectually stimulating, highly entertaining, and forced us all to look at how we think about the invisible force that rules our lives: time.

Carl Honoré is an engaging, incisive and humorous speaker. He builds a compelling case for slowing down as a way to live, work and play better in the fast-paced modern world.

He presents in English, French, Spanish, Italian and Portuguese.

How to book Carl Honoré?