Brendan Foster CBE competed in three Olympic Games, claiming Britain's only track and field medal (bronze in the 10,000 metres) at the 1976 Montreal Olympics. Since retiring from the sport after the Moscow Olympics in 1980, he has worked for BBC Television, commentating and reporting on Athletics at every major event since 1983. He is also the Managing Director of Nova International, and was Chancellor of Leeds Metropolitan University until 2009. He was awarded the MBE in 1976 and CBE in the 2008 New Year Honours. 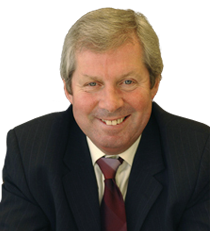 Brendan Foster's athletics career saw him compete in the 1970 Commonwealth Championships in Edinburgh (15,000m), the 1974 European Championships (5,000m) and the 1978 Commonwealth Championship in Edmonton (10,000m). Although only winning a bronze medal at the 1976 Montreal Olympics, Brendan had the distinction of setting the Olympic record in the heats of the event, a record which lasted until 1984. His career as a commentator for the BBC began shortly afterwards. Millions of BBC viewers remember him seemingly talk Linford Christie out of retiring after finishing fourth in the 100m final at the 1991 World Championships in Tokyo.

Brendan Foster CBE ran in three Olympics and has commentated on three, having become more of a commentator than a runner. Brendan says "I'd still rather be competing, but they don't have Olympics for old people!". The close affinity that Brendan still feels with his sport and the achievements he made have earned him great respect on the athletics scene. He was also the founder of Britain's biggest annual road race, The Great North Run, the biggest half marathon in the world.

Brendan Foster's vast media experience, together with experience from his career as a top class athlete, makes him an ideal choice for any media event. When Brendan gets locked on to something, it generally happens.

How to book Brendan Foster CBE?