Former Olympic Gold Medallist, One of the Most Influential HR Thinkers in the UK

Adrian Moorhouse, an Olympian Gold medallist, retired from international swimming in 1992 after 12 years as an elite performer. In 1995, Adrian co-founded Lane4. He combines this demanding role with delivering his own projects as a consultant, and is leading the company's expansion into Europe, America and Australasia. 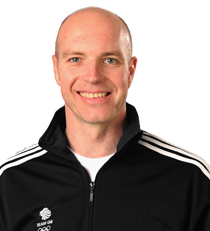 Adrian won an Olympic Gold medal in swimming at the Seoul Olympic Games in 1988 and was world number one in his event for 6 consecutive years. His work in the field of international sport is still ongoing as a member of the UK Sports Council and swimming commentator for the BBC. Adrian still competes in various sporting events including the London Triathlon and London Marathon.

Adrian works closely with business leaders to design tailored programmes based on their specific objectives. This can involve a wide range of activities, focused on creating transformational learning that will lead to enhanced performance at organisational, team and individual levels. He offers sound and valuable advice along with practical techniques which are both challenging and inspiring, showing that high performers do more then merely cope with pressure - they thrive on it!.

His unique backgrounds and expertise instil a passion for performance that underpins his work with clients. He specialises in the fields of leadership development, organisational change and senior team facilitation.

How to book Adrian Moorhouse MBE?