Martin Lindstrom is recognized as one of the world's leading business, branding, and culture transformation experts. His cutting-edge research in behavioural psychology and his New York Times-bestselling books are reshaping how organisations approach innovation, culture, and business transformation.

"Data doesn't create meaning - we do." 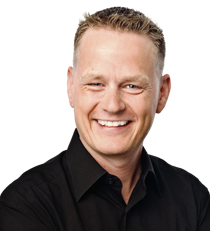 Martin is one of the foremost business minds of our day. TIME magazine named him one of the world's 100 most influential people, and for the last six years, Thinkers50 has listed him among the world's top business thinkers. His remarkable case studies are based on his extensive work for a Who's Who of companies. His books have been translated into 48 languages and have sold more than a million copies worldwide. Martin has delivered keynote addresses to Google, the World Business Forum, KraftHeinz, Disney, Amazon, LEGO, and the World Economic Forum. He is a co-producer and the host of NBC's popular Mainstreet Makeover, an op-ed columnist for the New York Times, and a frequent contributor to Fast Company.

Martin's speeches are more shows than lectures, packed with visuals, sounds and amazing videos. He is highly engaged, fun, and truly interactive.

He presents in English and Danish.

How to book Martin Lindstrom?