Henrique Cymerman is a Portuguese journalist who works as a Middle East correspondent for Antena 3 and La Vanguardia. Henrique also acts as correspondent for the Portuguese channel SIC and has made several appearances for the BBC and television in Israel and Palestine.

"Peace between politicians is not enough" 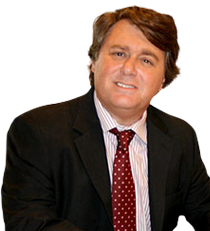 Born in Portugal, Henrique Cymerman graduated from the University of Tel Aviv in Psychology, an MA in the field of political science and sociology. Among the many interviews and testimonies of political and religious leaders, is what would be Yitzhak Rabin's last interview, 24 hours before the president was assassinated. It has recently been published in a Hebrew version, among other major interviews: Hussein, King of Jordan, Yasser Arafat, the Palestinian President, Ahmed Qurei, Palestinian Prime Minister, Mahmoud Abbas, Palestinian President, Ahmed Yassin, the Hamas leader, Abdallah Shami, a leader of Islamic Jihad, Gaza, former U.S. President Jimmy Carter, former U.S. Vice President Al Gore and former Israeli Prime Minister Yitzhak Shamir.

Henrique Cymerman has collected many of the voices of the Middle East. The voices of leaders who make the decisions, the fundamentalists, the collaborators and traitors who give or risk their lives for their own truth, the voices of experts on terrorism and international leaders who interpret this tragic reality and civil society who suffer the daily consequences of the confrontation between Arabs and Israelis. He offers a completely impartial viewpoint on the current and future situation in the Middle East.

He presents in Portuguese, Spanish, French, English and Hebrew.

How to book Henrique Cymerman?