Adrian Chiles is one of television's most versatile and sought after presenters. He has presented a range of high profile programming. After swapping BBC for ITV, Adrian heads up Champions League football coverage and presents the breakfast programme Daybreak. Having presented The One Show for the BBC, Adrian is also known for presenting BBC2's Working Lunch for 13 years, What Do You Do All Day, as well as his own BBC Radio 5 Live's Chiles on Saturday, awarded the sports category Gold Medal at the Sony Radio Academy Awards in 2002. 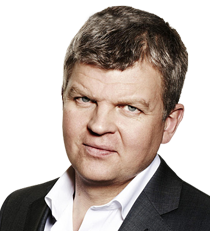 Adrian has also been the presenter of BBC1's Grandstand, BBC1's On The House and Match of the Day 2. He has hosted BBC 2's hit show The Apprentice: You're Fired and also played a key part in the BBC's presenting team covering the 2006 World Cup in Germany. A keen sports fan, he also presents the football phone-in 606 on Radio 5 Live. Originally Adrian joined BBC Radio as a researcher on Financial World Tonight and World Business Report. He moved into television and reported on everything from the Royal finances to European Union food policy. He also made a highly acclaimed film on perfume houses for The Money Programme.

Adrian is an ideal choice as a conference or awards host, he has a wealth of experience working both on television with the BBC and ITV and radio and is most at home in front of a live audience. His journalistic training and love of football have resulted in a career in two streams of broadcasting, fronting general and notably business programmes.

An affable personality and one of television's most versatile and sought after presenters, Adrian is a true professional and makes audiences feel at home in any environment.

How to book Adrian Chiles?