Ade Adepitan is a successful and respected Paralympic athlete who has won medals with the Great Britain wheelchair basketball team. He was an Ambassador for London's 2012 Olympic bid and now sits on the advisory board of LOCOG.

"A great example of courage, determination and power" 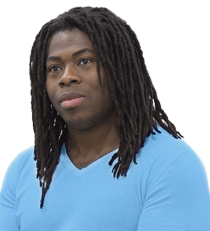 Ade's career in TV presenting has seen him climb volcanoes in Nicaragua, scuba dive in Mexico and ski in North America. He often uses television as a platform to campaign against racism and disability discrimination. He was one of the main presenters of the children's programme Xchange produced for CBBC. He does a lot of charity work, particularly supporting many charities to help other people with physical disabilities. He was made a Member of the British Empire for services to disability sport in 2005. In 2006, Ade was given an honorary Doctorate by Loughborough University. He is also a consultant for Channel 4's Paralympic coverage. He has featured on many television programmes and series as an actor, presenter or guest, particularly for the BBC.

Surviving childhood polio has gifted Ade with the tools to uplift his audience on subjects such as adversity, success, peak performance and teamwork. Ade has done a number of high profile public speaking engagements including the launch of the London 2012 Olympics bid at Covent Garden.

Ade's energy and enthusiasm come through in everything he does, making him an ideal motivational speaker at conferences and events.

How to book Ade Adepitan MBE?