Frank Gardner is BBC's security correspondent reporting for TV and radio domestic and international security issues, notably on Al Qaeda related terrorism. He was awarded an OBE in June 2005 for services to journalism and released his first book 'Blood and Sand' in 2006.

"His work always reflects the true complexities of the stories he reports." Vin Ray 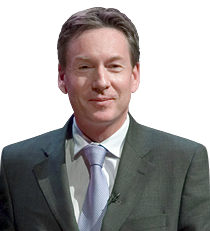 Frank's fascination with the Middle East began as a teenager when he had a chance meeting with Wilfrid Thesiger (who extensively travelled and photographed the Middle East). A fluent Arabist with a degree in Arabic and Islamic studies from Exeter University. Frank spent nine years as an investment banker in New York, London and Bahrain before switching to journalism and becoming the BBC's Middle East correspondent based in Cairo. He has reported extensively on the so-called 'War on Terror' in Guantanamo Bay, Yemen, Afghanistan, Iraq and elsewhere in the Middle East. In 2004 he survived being shot six times at close range by Al Qaeda terrorists in the Riyadh suburb, Saudi Arabia. After many months in hospital he returned to the BBC to resume his job. His book 'Blood and Sand' reached number three in the Sunday Times Bestseller List.

Frank draws on his experiences as a security correspondent to offer audiences remarkable accounts of his time in the Middle East. Having witnessed some truly terrifying situations his determination to return to his full and active life makes his story both fascinating and inspirational.

Frank is a good communicator, knows how to handle situations spontaneously and comes across really well.

He presents in English and fluent Arabic.

How to book Frank Gardner OBE?