Wolfgang Schüssel, the former Federal Chancellor of Austria is on the supervisory board of the largest Russian mobile communications operator MTS (Mobile TeleSystems). The company is listed in New York and Moscow and has more than 100 million clients in Russia and other CIS countries.

"Europe offers a Window of Opportunity" 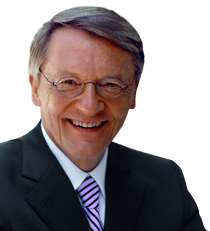 Before becoming chancellor, Dr Schüssel had served as economics minister, foreign minister and vice chancellor in several governments. In 1995, he was elected chairman of the Austrian People's Party which under his leadership overcame its internal divisions. At the federal elections in 2002, it obtained its best result in nearly four decades, becoming the strongest group in the Nationalrat, the Austrian federal parliament. After serving as Chancellor, Dr Schüssel continued to be a member of the Nationalrat for another four years until he left the parliament in 2011. He is a Member of the Supervisory Board of RWE AG since 2010 and MTS PJSC Member of Board of Directors since 2018.

With a wealth of experience in the European political arena, Dr Schüssel is ideally qualified to talk in depth about the Future of an ever expanding Europe and the business opportunities this will provide to organisations across Europe.

How to book Dr. Wolfgang Schüssel?