Will Greenwood is one of England's greatest ever rugby players as well as one of the sport's most engaging, intelligent, outspoken and witty characters. He made his international debut in 1997 and amassed 55 caps scoring 30 tries, the second highest in English history. 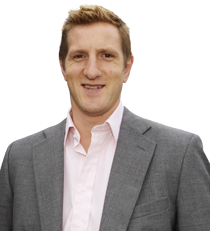 In the 2003 World Cup he was one of England's most consistent performers, scoring 5 tries along the way. Following his retirement in 2006, Will quickly built up a thriving career as a media personality with a seamless transition from World Cup winner to analyst and pundit. With his post playing career in full swing, his Daily Telegraph newspaper column and work as a pundit on Sky Sports are always very well received and in 2006 he was invited to join the IRB's assessors as England's representative for its player-of-the-year award. He is a Non Executive Director of Beyond Sport Foundation which seeks to celebrate and support any individual or group, from the grassroots to the global, with the goal to drive positive change through sport.

His experiences both in the City and on the pitch have enabled audiences to get a fantastic insight to the synergy between top level sport and top level business. In his presentations Will inspires audiences to achieve their objectives in a light hearted and memorable way.

A charismatic and entertaining individual, Will is always well received and his recent business showcase presentation entitled 'Good to Great' is always exceptionally well received. Will's humorous and witty anecdotes from his long and glorious career can be adapted to entertain all manner of audiences.

How to book Will Greenwood MBE?