Kevin Pietersen MBE made his debut for Natal Cricket Club in 1997 before moving to England to further his opportunities for playing at International level. His English Mother gave Kevin eligibility to play for England, and after serving a qualifying period of four years playing at county level, he was called up immediately into the England national side. Kevin made his England Lions debut in 2004 where he averaged 104 in three innings on tour in Zimbabwe. 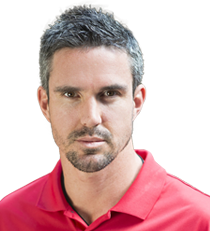 Kevin's phenomenal talent and self-belief can never have been more evident when he hit 158 on the final day of the last test at the Oval cricket ground in the 2005 Ashes, securing England a first Ashes triumph in 18 years. Kevin has a highest test score of 227, averages over 50 in test matches, and is one of the fastest ever English batsmen to reach 4000 test runs. He was again instrumental in the team effort, hitting 227 In Adelaide in 2010 when England eventually went on to win the Ashes, making him a three time Ashes winner. Whilst playing for England in the 2013 Ashes series, by making a match-saving 113 Kevin became the highest run scorer for England from all forms of the game.

Kevin is extremely articulate with stories detailing his triumph over adversity, his meticulous training and in-depth preparation, culminating in awe-inspiring perspectives.

An acclaimed personality in the world of cricket, Kevin inspires audiences with his highly entertaining presentations based on his career.

How to book Kevin Pietersen MBE?