Former President of the Czech Republic

Václav Klaus is the former President of the Czech Republic and is a free-market economist and co-founder of the Civic Democratic Party. Considered one of Eastern Europe's most influential post-Communist leaders, he was previously Finance Minister in the former Czechoslovakia.

"Vaclav Klaus is a highly awarded statesman and economist." 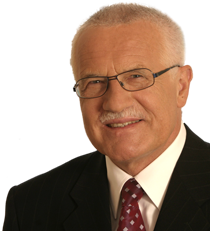 After studying in Prague, Italy and at Cornell University in the USA he started his career as a researcher at the Institute of Economics at the Czech Academy of Sciences. In 1987 he became Head of the Department of Macroeconomic Policy at the Institute. One of the founders of the Czech Civic Forum Movement (OF), the leading political organisation after the Velvet Revolution of 1989, he served as the first non-communist finance minister from 1989 to 1992. In October 1991, he became the Deputy Prime Minister of Czechoslovakia and in June 1992 was appointed Prime Minister for the Czech Republic. In March 1996, he was elected as Vice-Chairman of the European Democratic Union and in 1998 he was elected President of the Czech Parliament/Chamber of Deputies for a four-year term.

Expand your knowledge of conducting business with Central & Eastern European countries. Be educated and entertained as Václav Klaus explains how he became the architect for what would be seen as a model for transforming a state-run economy to capitalism. Get a real flavour of international affairs from this proven economist.

He presents in Czech and English.

How to book President Vaclav Klaus?