Economist and Professor of the University of Tokyo

Takatoshi Ito is a Professor at the Graduate School of Economics and the Graduate School of Public Policy, University of Tokyo. He has taught extensively both in the United States and Japan, including at University of Minnesota, Hitotsubashi University, Columbia Business School and Harvard University. He served as Senior Advisor in the Research Department, IMF and as Deputy Vice Minister for International Affairs at Ministry of Finance, Japan. The national Medal with Purple Ribbon was awarded to him in June 2011.

"A renowned expert in the Asian Financial Crisis of the 90's" 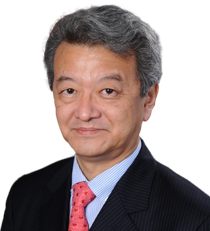 He has contributed frequently to Financial Times and Nihon Keizai Shinbun. He was President of the Japanese Economic Association in 2004. He served as a member of the Prime Minister's Council of Economic and Fiscal Policy from 2006 to 2008. He has distinguished academic and research appointments such as President of the Japanese Economic Association in 2004; Fellow of Econometric Society, since 1992; Research Associate at National Bureau of Economic Research since 1985; and Faculty Fellow, Centre for Economic Policy Research since 2006.

In his presentations he shares his extensive knowledge in areas of international finance and Japanese economy, particularly in the area of capital flows and currency crises, microstructures of the foreign exchange rates, and inflation targeting.

His speaking style coupled with an incisive understanding and enlightened capacity to explain and discuss global issues has contributed to his high popularity and reputation.

How to book Prof. Takatoshi Ito?