Phil Thompson is a former England international & Liverpool FC footballer. He is a man who went all the way from standing on the Kop to playing and captaining for the side in the dominant Liverpool team of the 1970's and 1980's and ultimately was assistant manager of the Reds. He is currently a pundit on Soccer Saturday on Sky Sports, does on and off work as a pundit for TV 2 (Norway), and is a regular Visiting Fellow at the University of Liverpool where he teaches on their Football Industries MBA.

"One of the greatest characters who ever graced a Liverpool shirt" 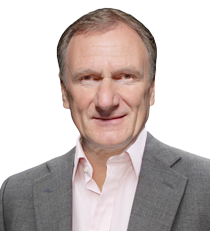 Having received his first break in 1971 from the great Bill Shankly, Phil Thompson was originally a midfielder who was brought through the ranks and made his debut in 1972 at Old Trafford. He was a new breed of centre back for the Reds who played his way out of any trouble rather than just powering headers away. He went on to captain the team and one of his proudest moments was when he lifted the European Cup after Liverpool beat Real Madrid in Paris. He also played for England and was the national team captain. After 477 appearances for the club he left Anfield for a short time at Sheffield United, but he returned a year later when Kenny Dalglish appointed him the reserve team manager. He took up a new role at Anfield in 1998 when he was appointed Assistant Manager to Gérard Houllier and also had a spell in charge of the first team in 2001.

Phil Thompson has established a reputation as a sought after TV sports pundit on Sky Sports popular Soccer Saturday. He draws on all of his experiences as a cultured defender in both football and the media to deliver fantastic presentations. He is a popular motivational and after dinner speaker. His down-to-earth and pragmatic presentations stimulate, motivate and inspire audiences.

A very well respected pundit, Phil Thompson is a consummate professional who is a passionate, friendly and approachable character.

How to book Phil Thompson?