Steve Williams is a double Olympic Gold medallist and four times World Champion. In 2011, Steve skied to the Geographic North Pole and submitted Mount Everest in two 'back-to-back' expeditions. He knows what it takes to perform at the highest level in some of the toughest environments and under extreme pressure. 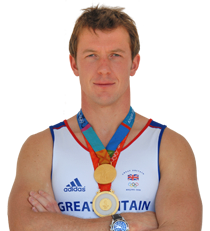 Steve was first selected for the Great Britain squad in 1998. A year later he won Gold at the World Championships in a coxed four after dominating the event. In 2001 he had an outstanding season, becoming World Champion in the coxless four, proving his crew were worthy successors to the Sydney Olympic four. He won silvers in the 2002 and 2003 World Championships. He has crystallised seven high performing team disciplines based on the attitudes, behaviours and techniques used by the British Olympics Rowing Team and reaffirmed by his experiences on Everest and in the Arctic.

Steve works with businesses using his experiences to give insights into high performance culture that can be adopted by leaders and teams to help them perform better and be more successful. He speaks of belief, drive, dedication, taking control, teamwork, communication, attention to detail and continuous improvement.

Steve is an open, modest and emotive speaker. He is able to vividly bring to life his stories making the messages within them accessible and compelling. He works closely with clients to tailor his speech to support the themes and objectives of the event.

How to book Steve Williams OBE?